Boss Babes: We all know that one woman that makes it seem as if her life is perfectly arranged.

But there’s something- a little secret-I want to tell you. No one has their life perfectly set out or arranged.

Every woman struggles with something- physique, posture, finances, mental health or a variety of other things. Being a Boss Babe is not all about being perfect. Being a boss babe isn’t about making more money. Being a Strong Woman is about living a quality life, doing what you love, working hard and balancing life’s ups and downs to the best of your ability.

If you  are just beginning your journey in becoming a boss babe yourself and you have been at it for a while now, here are 7 top habits that all boss babes exhibit consistently on a daily basis, as they go around carving out their own path for success.

If You think that a boss babe  is all about working hard and moving forward then think again. One of the most common yet overlooked or underestimated habits of female leaders is that they’re dreamers.

And by leaders, we are not just talking about women like Michelle Obama, although she is; We are talking about you. If you want to be a boss babe, then do what you want without worrying about failing or ponder on what people will say or be negative about it.

Boss babes are  women that do what they want to do because they believe in what they plan to do and themselves. These women are dreamers. They dream about their future plans. And they know that whatever they can dream about, they can also achieve.

If you’ve been doing that too but for any reason whatsoever, you’re afraid to commit to it  because you think you’re crazy, well, you’re not. 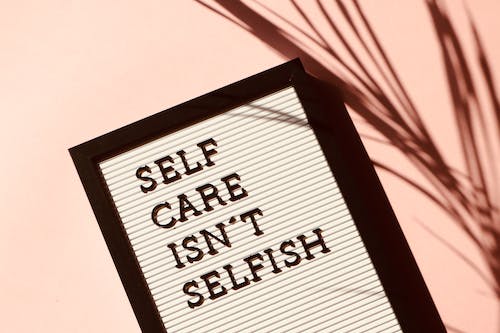 Self-care isn’t just about bubble baths with lovely candles or going to the spa of all which is good for the body and overall health. But, self-care is bigger than all these things. It entails your physical and mental wellbeing.

Have you been taking care of yourself emotionally? This could be protecting yourself against toxic people or abusive relationships. For others, it’s choosing the kind of people they entertain around them.

For you, it might be carving more time to take care of yourself, to get enough sleep, to eat well and are cautious of the substances you let into your body. These are all forms of self-care we often overlook. Boss babes realize that they don’t need to do it all.

Boss babes don’t wait for deadlines to creep up on them.

They think and plan ahead of their next move. And I think it is an important step on your personal development journey.

Writing things down is can make it easier to be reminded of the goals you plan to achieve and you won’t derail from it.

Every aspect of the life of boss babes be it academically, business wise, financially- every next step they have to take has been written down.

I would recommend you to do the same thing. Be proactive rather than reactive to situations. This little habit can make a huge difference in your journey of personal development.

Girl bosses identify their core values and principles and are willing to stand with them at whatever costs.

They are not easily swayed by people’s ideas of them, trends or our fast changing society. They are willing to stand up for what they believe in.

They are ready to make honest decisions whenever it’s needed and this is definitely a principle you should cultivate in your life. In your academics, business, relationships- be honest. Stand for what you believe in even if you are the only one standing.

People might not be of the same opinion but they will respect your courage to stand by it. You either stand for something or fall for nothing.

A boss babe spends a lot but she is also a wise spender.

The image that most people have of a boss babe is a woman who wears high-fashion clothes, drives an expensive car, and eats only at the best restaurants. That, my dear, is one side of the story.

Boss babes also shop the sale rack at their favorite store and they also eat ice cream on the street, waiting for their other friends.

Research shows that boss babes are frugal. They  spend a lot but  wisely. Boss babes know the worth of their money because they know how hard it is to earn.

When you think about your health, the things that come to mind includes Eating healthy, drinking water, or exercising.

These are all important, but many of us overlook one core thing which boss babes don’t: Sleep.

Getting good sleep is all about making your health a priority. Our bodies run best during the day when we sleep well, so put away your phone, make a hot cup of decaf tea, and light a candle to help you relax. 7-8 hours of sleep each night will leave you feeling refreshed, recharged and ready for the next day.

Boss babes don’t let opportunities to network slip away from them.

It’s tough to get promoted if your boss’ boss doesn’t even recognize you. They  make it a point to network with people at all levels within their organization. And that office party that everyone dreads attending? They Don’t skip out on it.

Opportunity knocks at the most unexpected times. And chances are, office events are probably the most approachable time your boss, or your boss’s boss, will ever be.

Remember you can be that boss babe you’ve always dreamed to be. Just learn how to be more productive, have a vision and goals, and stick to a killer morning routine.

I hope this post is helpful in helping you become just that.

10 Ways To Be A Happy Person