How To Know If He’s Using You To Catch Fun

Have you been with that guy for a while and you don’t know where you stand with him?

Hello sis, I know you like him so much but there’s that itch to know if he’s using you to not.

Well, better safe than sorry. If something feels off then you should check if it’s wrong.

I’m not an expert at this love and relationship thing but I can tell you for sure that I know enough to keep you out of trouble.

If any of the signs I’m about to show you here ticks that box, you had better get home out of your life for good.

You’re too smart and amazing to be taken advantage of by any man.

There’s someone out there who is willing to worship the ground you walk on.

Don’t allow any man to treat you less.

You’re a queen and your king will be more than ready to treat you right.

One thing about men like this is that they’re very subtle and you may be tempted to think they’re even acting in your best interest.

They’re very good at being manipulative that you end up believing things and seeing things in the way they see them.

If these signs that he’s using you are true, don’t be too hard on yourself.

You’re not alone and I’ll be always here to listen to you.

Taking action will be the most crucial part of your discovery that he’s using you.

Well, if you decide you still want to stay with him, it’s still on you and this isn’t a post compelling you to leave your partner.

That being said, let’s get to it and find out the signs he’s using you that you may not easily see.

Here are 14 signs he’s using you. Sometimes we don’t see what’s right underneath our noses, but there it is.

1. He Contacts You on His Schedule.

I’m not saying a man shouldn’t plan his life or prioritize his time.

However, a man who claims to love you must prioritize you amongst other things he rates.

When he puts a time stamp on when you can call or when he can call you, he is using you to pass time.

You’re probably just there as a leisure piece and for when his chips are down.

2. You’re Not Going on Actual Dates.

He has never taken you out.

All you do is meet indoors to rumple the sheets and that ends it.

It means he doesn’t want to associate with you beyond the door.

Everything with you starts with a chat and ends behind the doors.

You deserve better and not to be used by a man.

3. He Says All The Right Things. 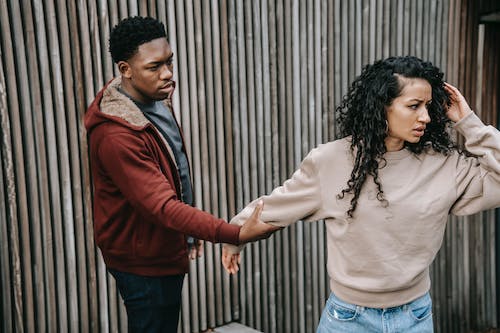 He has his way with words around you and anytime you try to question his acts, he has the perfect answer that leaves you doubting yourself.

He has the perfect answer to absolve him of every commitment.

4. He Won’t Talk About Commitment.

He is never open about commitment because he is there temporarily.

He is just using you to pass the moment and that tells you he has nothing to do with you in the future.

He just wants you to “live in the moment and enjoy the present”.

That’s always the excuse for non-commitment.

5. Your Friends See Right Through His Act.

Your friends see through his subtlety but you love him so much that you don’t know he’s using you.

Even when they try to tell you, you don’t pay attention.

Listen, when 2 or more different people say the same thing about a person, then you should check the person.

6. He’s Beyond Selfish In The Bedroom.

When it comes to rumpling the sheets, he doesn’t care about your satisfaction.

Once he’s gotten to his peak, that’d be the end of it all.

You don’t know anyone close to him.

He has never made a move to introduce you to any of his family members or even his friends.

He doesn’t intend to take things seriously with you and that is why you’re hidden from people that matter to him.

8. He’s Financially Dependent On You.

He feeds off your finances and he does it so cleverly.

Like asking you to pick up Bill’s because he forgot his card at home or even fill up gas.

He might go right to even ask you to raise his cash because of some “investment” he is waiting on returns.

The excuses to get money out of you never ends.

He doesn’t hesitate to ask you to do one or two things for him.

He wants to use you to actualize his dreams and meet his wants.

He’s using you and doesn’t love you!

Your emotions don’t have a play in whatever he is doing.

Your feelings have no significant place over his actions or inactions and as such, he believes he owes you no explanation to things happening around him. 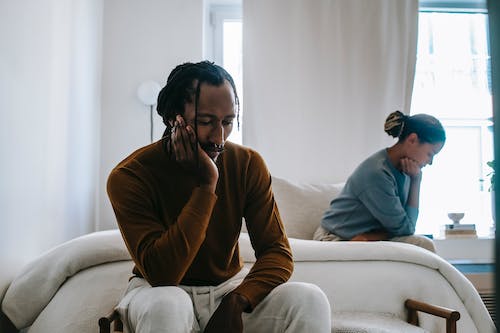 It takes a man who is serious about you to express his love and shower you with emotions.

A man who is not just using you will not neglect his feelings and expressions towards you.

He can disappear for days without giving you a solid reason for that.

Most times, he reappears with a mumbled apology without a genuine reason why he disappeared.

Sis, he’s using you to pass the time.

When he doesn’t ghost you, he shows up at inconvenient times that will leave you almost in a fix.

You’ll be confused as to whether you should put your life on hold for the sake of love because you don’t know when next you’ll see him or just ditch the meeting till the next blue moon.

Dearest, you deserve better than a man who loves to see you in this state.

This is the greatest sign he’s using you for whatever reason that suits his purpose.

When a man gets to the point where he is not into you, you know he has options and you’re one of those alternatives and not even the only one for him.

You don’t deserve to be with a man that uses you as his second fiddle.

If you’re not so convinced on all of the points listed here, you can check this post on how to know if he’s truly in love with you and how to act smart as a woman in love.