We all are looking for the perfect one.

We want to fall in love and stay in love.

But how will you know he is the one?

There are many signs and habits that can help you decide if the man standing in front of you with a bouquet of flowers is the one.

1. He is the one if he has a great sense of humour.

It isn’t uncommon to feel like you need to know right away that this is the one for you.

You want to know what he thinks of you after a first date, too.

It’s not unusual to wonder if he has already thought about the possibilities of your future together.

And while I absolutely understand why you would want to know everything right away.

I’m here to tell you that it’s okay if you don’t have all the answers just yet.

If he doesn’t seem like the one for you right away, that doesn’t mean that he won’t be in time.

This is especially true when it comes to your partner’s sense of humour.

This may be something that comes with time and something that helps him stand out from others in your life who haven’t been able to make an impact on your heart quite so quickly or easily.

Humour is an attractive quality in a partner; it brings lightness to your life and can be very beneficial in stressful times.

Having a partner who can make you laugh is good for your health, wellbeing, and relationship longevity.

When you’re with your guy, you feel like you’re one of the funniest people on the planet…but it’s not because you’re all that funny but because he makes you feel that way.

2. He is the one if he respects your opinion and feelings.

Respect is a two-way street, so if he respects you and your wishes, that is an excellent way to tell if he could be “the one.”

Mutual respect means you respect him as well.

If you give yourself to him completely, in marriage or any other union, it will be all the more important to keep your own boundaries in order.

Relationship red flags can include:

If he does not have these disrespectful qualities, he could very well be “the one” for you! 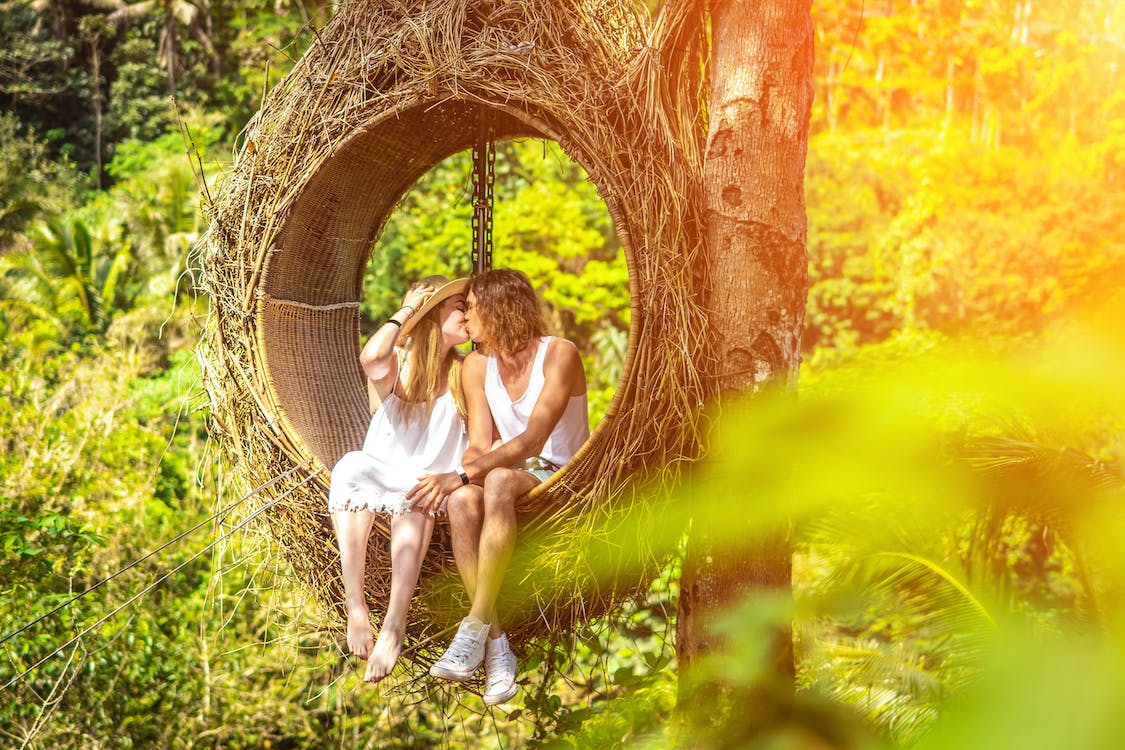 When you are with the right man, he will make you feel safe and secure.

For example, if you are walking down the street and someone tries to attack you, he will protect you.

If a woman flirts with him in front of your face, he will not flirt back.

He makes sure that nothing is going to happen to hurt or harm you.

He is a true gentleman and knows how to treat a lady right.

One of the ways that he shows that he respects your feelings is by being gentle with your heart.

You know that it doesn’t take much for someone to break your heart so when he treats it like fragile glass then you know he really cares about making sure your heart stays whole for him only.

He does things such as complementing how beautiful you look because he knows it might be something that no one else has ever told you before or taking time out of his day just to call and say hi because maybe this day has been particularly hard on you so far.

Whatever it may be, little things that are done every day are what matter most because they show how much effort is put into making sure your feelings are taken care of and handled properly.

He also doesn’t have a temper which means that even when there’s an argument between the two of you, no matter how serious it gets, nothing can get physical or become verbal abuse like name-calling or threats towards anyone in the relationship.

4 He is the one if he listens to what you have to say.

A sign that he is the one for you is if he listens to what you have to say.

Listening is one of our basic human needs and it gives us the feeling of being cared for, understood, and respected. It can also help avoid misunderstandings and conflicts in relationships.

If a man does not listen well, it can hurt his relationship with others, particularly with you.

Good listening skills can be learned and practised.

If a man isn’t good at listening, he might want to improve this skill, which will benefit his relationship with you as well as other people in his life.

So if your man listens to what you have to say then consider yourself lucky!

5. He is the one if he shows commitment and reliability. 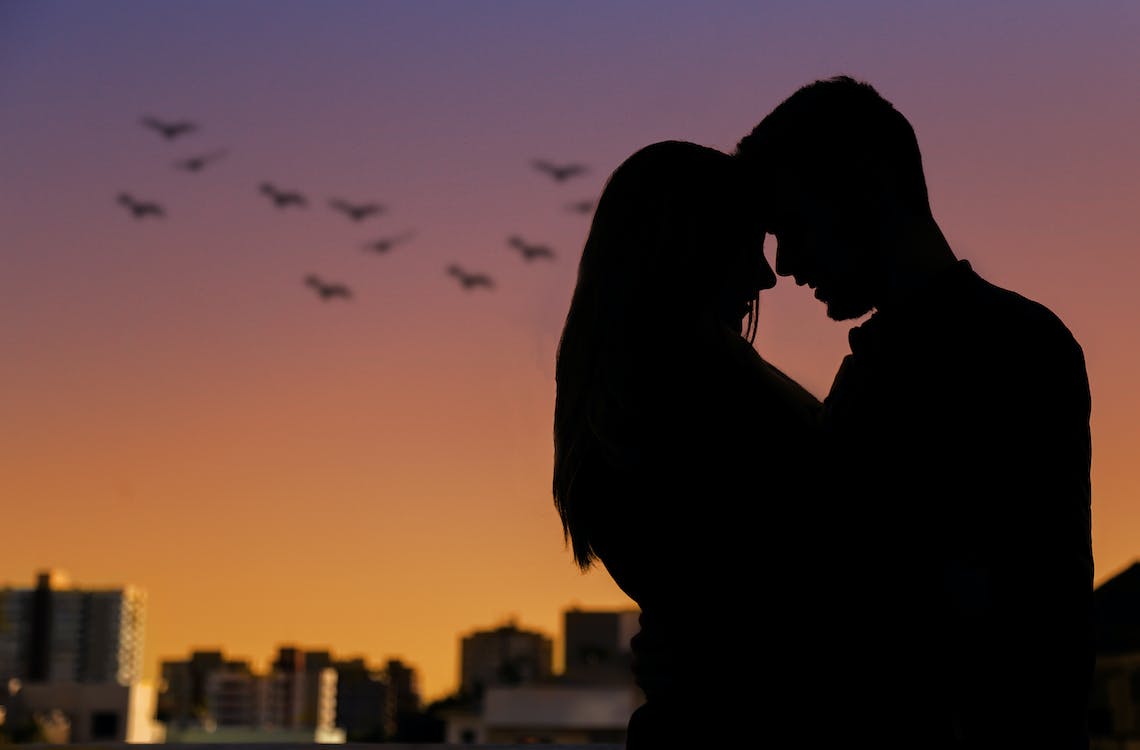 When a man truly loves a woman, he will show her that he is there for her and that she can rely on him.

If the man you are seeing shows commitment and reliability by:

6. He is the one when there are no lies between you two.

If you’re with someone who will be there for you through thick and thin, your relationship is likely to flourish.

If there are lies between you two, then this may not be the case.

There should never be any lies in a relationship because trust is one of the most important factors in a healthy bond.

If you have faith in each other and complete trust, then your relationship can grow into something truly strong and enduring!

7. He is the one if he wants to spend quality time with you.

Your other half should want to spend quality time with you.

A great partner will want to do fun activities that you both enjoy, and they’ll also be willing to indulge in the things you love even if they’re not their cup of tea.

If your partner is bored whenever they hang out with you.

It’s probably because they don’t like spending time with you, which is a red flag that they might not be the one for you.

If someone doesn’t want to spend time with their significant other – or worse, makes them feel bad for wanting to see them – then this is definitely an unhealthy relationship.

Instead, he should shower you with love as well as make sure that he shows his appreciation for your company by actually being there when it matters most.

8. He is the one when there is a mutual level of respect between you two.

Respect is one of the most important aspects of any relationship.

It is the foundation that holds a healthy relationship together and without it, you two will not be able to build a strong relationship.

I once wrote a post on how to make him respect you. You can check it out.

Respect must be mutual and both sides need to respect each other equally.

A lot of people think respect is about how you treat someone or what you say to them.

While this may be true, there is so much more to it than that. Respect is also about what you think of your partner.

If he does something that makes you uncomfortable or upset and then laughs at it when you confront him about it, then he doesn’t respect your feelings towards the matter.

In order for a couple to make their relationship work, they must show mutual respect toward one another’s feelings, opinions and thoughts on certain matters at all times.

Otherwise, their relationship will suffer from a lack of trust which could eventually lead them down the path where betrayal becomes an option for either side because neither party felt respected enough by their partner.

After asking for some time off with friends or family members which resulted in arguments over whether they were really going out with those friends/family members or if they were being unfaithful instead – this can cause resentment between partners as well because they feel like they’re competing against something else instead just enjoying themselves while having fun together!

9. He is the one when you can be your true self around him.

When you are with him, you don’t have to worry about being judged.

You can be yourself around him.

You feel comfortable opening up to him.

He knows when you want a hug and when you need some space.

And he is okay with whatever mood you are in.

You don’t have to pretend to be someone else around him or hide your true thoughts and feelings.

You know that he loves every part of who you are, even the parts that aren’t exactly pretty or perfect.

You feel comfortable being silly, goofy and playful around him, but also serious and vulnerable at times as well.

He accepts all aspects of your personality and never tries to change who you are as a person.

10. He is the one if he supports your goals, ambitions and dreams in life.

You have probably heard this a million times before, but the right man will make you feel comfortable in your own skin and he will push you to be a better person than you were yesterday.

He is the one if he supports your goals, ambitions and dreams in life.

When you are together, he should make you feel like anything is possible and that as long as he has your back, there is nothing to be afraid of.

A healthy relationship means that both partners share an equal amount of success and failure.

If one person becomes too successful or powerful, the other may start feeling inferior so it’s important for him to show humility sometimes too!

11. He is the one if you can have healthy arguments with him and still make up for each other.

It’s not uncommon for couples to argue with each other.

Arguments can be healthy in a relationship.

The important thing is to do them right.

Make sure you’re listening when your partner talks during the argument and make sure to tell them how you feel too.

If you are able to talk about everything that was bothering you, then maybe it’s time to move on from the argument and kiss and makeup.

Remember, if you don’t listen, then your partner may feel like they’re not being heard.

If a compromise or solution is reached as you talk through things, then that’s great!

However, if this isn’t possible, it’s still important to respect your partner’s feelings and opinions even if they are different from yours’.

This will help avoid hurt feelings or resentment on either side of the argument in the future.

Try not to let an argument go on for too long after one of the above solutions has been achieved.

Once a couple talks through everything that was bothering them and reaches some common ground (or doesn’t), they should both be willing to let it go and move forward together so as not to drag out anger or frustration between them.

12. You know that he is the one for you when he loves you unconditionally.

You know that he is the one for you when he loves you unconditionally.

The key to a healthy relationship is unconditional love and support.

“Unconditional” is a big word, but it’s an important concept to understand and live by.

He loves you even when you’re at your worst; he’ll love you no matter what and be there for you through thick and thin.

If all of this sounds relatable to your partner, then don’t let him go! You may have just found “the one” for yourself. All it takes now would be having a little faith and letting things fall into place naturally over time! Good luck with finding your soulmate!